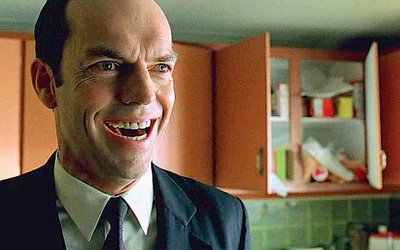 CCP Molock has posted a new dev blog about upcoming changes to EVE with regards to agents. There’s some fairly significant stuff here, but lets hit the bullet points.

So now, we’ve taken these divisions and amalgamated them into four simple divisions, each of which now gives out only one type of mission, meaning you won’t have to decline that occasional mining or courier mission when all you want to do is blow up some Angels.

Personally I didn’t mind the occasional courier mission here and there, but this at least makes it so if we want to do them we can explicitly do so. Presumably, the reverse of the above is true for those who like to only grind courier tasks, they won’t suddenly get a combat mission.

So now we have three new skills in place of the former seven, these ones aptly named “Distribution Connections,” “Mining Connections,” and “Security Connections”; each grants a 10% bonus to LP gain per level for its namesake division. These new skills are all rank 2, as opposed to the old rank 1 skills (meaning these new ones take twice as long to train), since there are roughly half as many to train now.

Thankfully they’ll be refunding SPs as needed. To be honest, I always felt these skills and their implementation in the game were needlessly complicated for what they did for you.

Now, all agents in the game will have an effective quality of both -20 and +20: That is, in terms of calculating access to an agent based on your standings with his or her corporation, the system will assume that all agents are quality -20, making them (in some cases, considerably) easier to access; and at the same time, every agent will pay out rewards as if he or she had a quality of +20, meaning all agents of the same level within the same system security level (e.g., 0.6) will pay out the same amount for similar missions – and in most cases, they will pay out somewhat more than they used to.

I don’t know about this one. Sure, grinding for a high quality agent wasn’t always fun, but getting that quality and maintaining it was always somewhat of an accomplishment to do. Then again, if my agents suddenly pay out more than they used to, then this change is just fantastic. :D

There’s more about this in the link below, but suffice to say this is a pretty huge change that could affect a lot of other aspects of the game. Chances are good that agents and their missions are responsible for a lot of the ISK sloshing around in your wallet, thus this change could have amusing repercussions on the greater EVE economy.

Since this change is sitting on Singularity right now, it’s probably best to get in there and try things out a bit, and provide the devs with as much constructive feedback as we can.

Also, holy crap, it’s a been a while since anything WDA has hit the web, I know.  I’m sorry for that.  In brief, expect more from WDA in the coming days, including some special secret stuff. :)