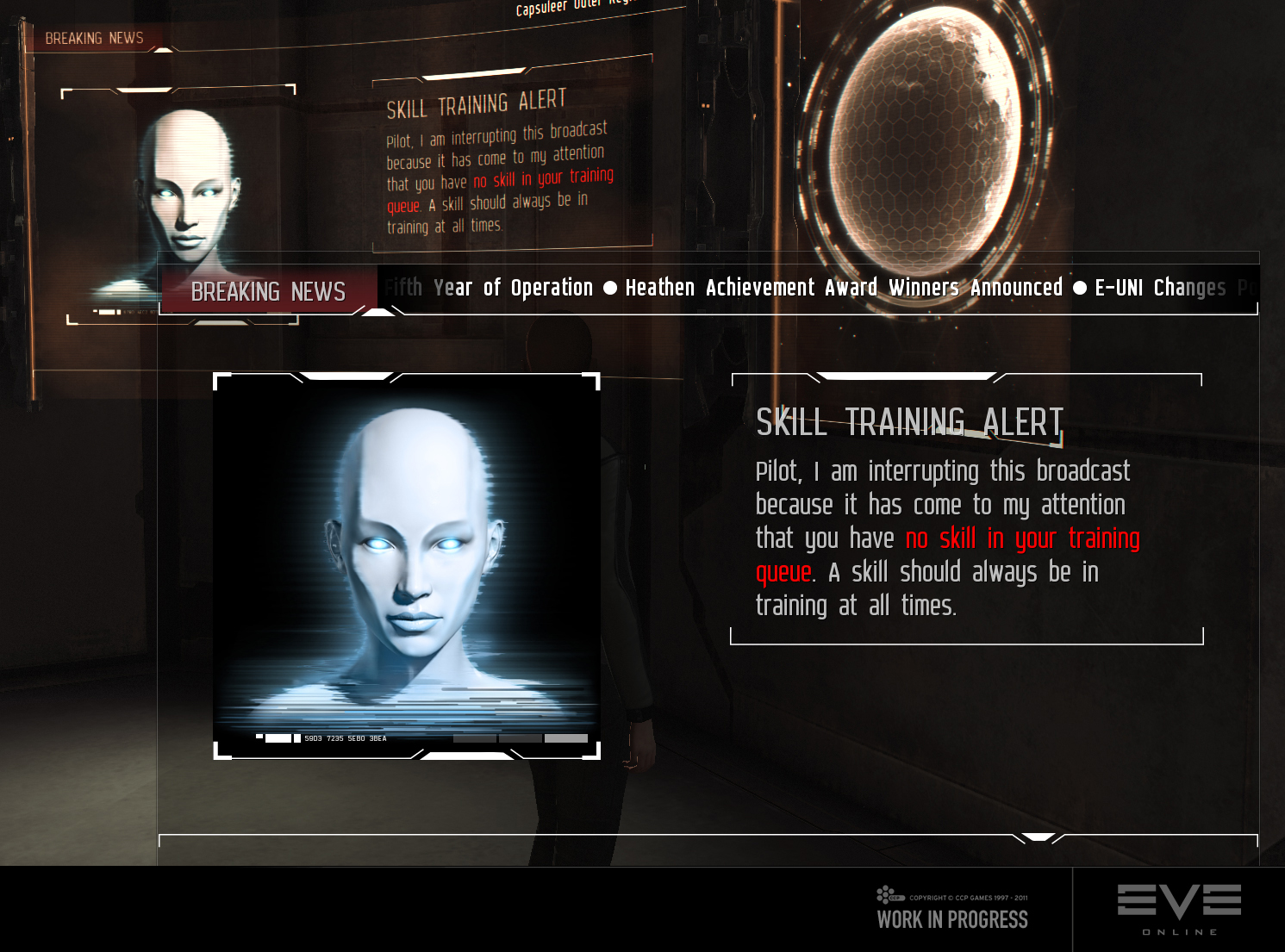 EVE’s marketing has, in the past, outpaced the game by huge strides when it comes to overall presentation. That’s not a bad thing really; it is precisely what marketing is supposed to do in order to sell the game to a new audience. Occasionally there are aspects which current players look at and salivate over to see in the game.

Remember that really cool part in the Tyrannis trailer where the ships had fitting windows and other user interfaces hovering around the ships in space? If not, click here. Lots of people were wondering if this was possible with EVE, and the latest dev blog from CCP Snorlax seems to indicate that the groundwork for this kind of stuff is coming in the next Incursion patch.

CarbonUI is an evolution of the existing UI framework, with a completely new rendering layer.  We’ve strived to change as little as we can in the high-level interface, so the UI programmer, working in Python doesn’t see much change – and more importantly, those ~200K lines of UI related code continue to work.

The full feature list of available UI options is in the blog itself for you to read, but includes such fun things like sticking 2D UI on a 3D object. If you’ve played any recent games like Crysis 2 or Dead Space you’ll know how these kinds of UI options can really add an immersion factor to a game.

When EVE was launched some 8 years ago, the UI looked pretty much on par with other games. Times have changed, but our UI hasn’t really. Even though projects such as CarbonUI are difficult to pull through, they are absolutely essential if we ever want to move beyond what the current technology allows for. Even though players won’t see much visual difference once we launch CarbonUI on to TQ, we can promise you that our UI designers are already hearing a lot more of “sure, no problem” when they deliver their regular batch of crazy ideas to their fellow programmers, ultimately resulting in UI that’s fittingly awesome for our lovely little space game.

Ok, so your Abaddon won’t be firing a giant blue ball of fleet melting death plasma anytime soon, but at least you’ll soon be able to browse your in-game underwear drawer in true Minority Report style.