Giving is awesome, but receiving is even better. (That’s what she said!)  Out of CCP Wrangler’s (Christmas) sack comes forth, the Zephyr.

The Zephyr is a unique starship design, relying almost entirely on solar winds for sublight propulsion. Super-light sails allow it to ride the torrents of photons streaming through space, and its barebones construction gives it a tiny sensor footprint and almost negligible mass. 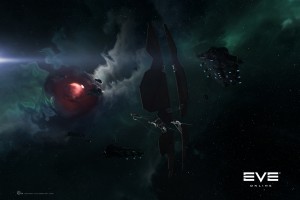 She’s definitely pretty, but can she cook?

It has it‘s own special probe launcher (for wormholes) and Sleeper NPC‘s won‘t shoot it in the same way that all NPCs won‘t shoot pods.

Hellooooooo wormhole exploration ship. Not bad, not bad at all. If you’re curious where the name came from, Wiki tells us the following:

Zephyrus, or just Zephyr (Greek: Ζέφυρος, Zéphuros), in Latin Favonius, is the Greek god of the west wind. The gentlest of the winds, Zephyrus is known as the fructifying wind, the messenger of spring. It was thought that Zephyrus lived in a cave in Thrace. Zephyrus was reported as having several wives in different stories.

Click through below for all the other sordid details of this new awesomeness, as well as how you’ll be able to get your hands on your new ship.