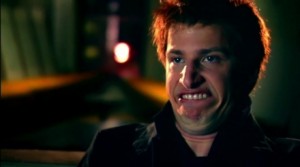 One of the neato things about CCP is how much they engage the players with their vision of the future, and take feedback on upcoming changes.

Sure there has been the odd bump in the road in this, but overall they’ve had a pretty solid track record in the past.  Carrying on with that tradition, the cuddly CCP Abathur comes to the Test Feedback Forum with a new thread detailing their upcoming capital ship changes.  The following categories of tweaks are represented:

All of this will be going to SiSi in the next couple days. While future iteration on capitals is still possible, all of the above is what we consider to be updates and fixes to current issues. We look forward to your constructive and always enthusiastic feedback.

If you’re a student of recent history, especially a capital pilot, you’d know about what happened with capital ships just before Dominion hit.  A lot of the details of these changes seem to address the problems with Dominion, what players generally regarded as 100% pure grade-A bullshit.  Most notably, now mothersh– er, supercarriers — will have their HP boosted, and have a new breed of deployable death in the form of the fighter bomber.

Hit the thread below, read up on the changes, and most importantly: try them out on the test server and give your feedback to CCP.