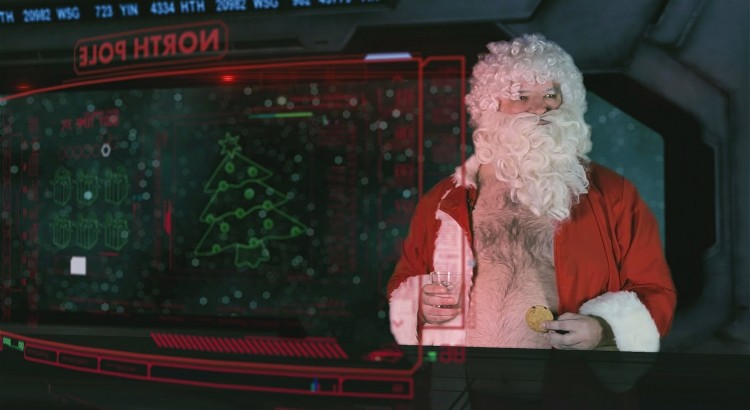 The impending threat of holiday cheer is now completely behind us for another year, so why not get back into the blogging saddle with a Blog Banter? This time we tackle the tough question: what do you want for Christmas? You know… a month late.

Welcome to the continuing monthly EVE Blog Banters and our 70th edition! For more details about what the blog banters are please visit the Blog Banter page.

Dear CCP, I want a Space-Pony and a Space-Puppy and a….
If CCP was Santa and you could ask for anything (in-game obviously) what would it be? A new type of ship that is tailored to your game-play? A change to mechanics? A battleship mini-doomsday weapon? Proper hats for your avatar? Opening of that bloody door? There are so many different options depending on what you do and what you want to get out of Eve Online. What would you like to see in your virtual Christmas stocking from CCP?

It’s been a while! A long while, unfortunately, and I do apologize for that. Life’s been life, and I’ve been meaning to get back into the EVE bloggy routine, so lets say this is like a New Year’s resolution of sorts. And what better way to make a resolution to be a more prolific blogger than by being almost a month late on a Blog Banter!

Interestingly enough, the thing I’ve been asking for year over year is mostly here already, and in spades. That thing is: more direct engagement with the community by CCP. First, some background!

Old timers will remember way back a certain incident involving CCP and the community. The fallout from that incident was pretty far reaching, and in a lot of ways heralded time where CCP became much more cautious when directly engaging in player communications. It became tough to get people on podcasts, and you’d be more likely to get someone to talk to you if your website was a major gaming news site providing significant marketing reach, rather than a community run site of any kind.

But that was then, a long time ago in a galaxy far, far away. In the last few years things have changed dramatically. It was always easy to reach out and shake the hand of your favorite dev at Fanfest, but CCP people are everywhere these days. EVE Vegas is much larger than it was when it first started out, and it’s basically Fanfest West at this point. But even smaller player meetups, especially in Europe, have an excellent chance of having a CCP employee attending in the flesh, reducing local beer reserves a statistically relevant amount.

Developer Blogs used to be the faucet of choice for information about upcoming changes to the game but that’s old school now, man. The EVE Technology and Research Center subforum is probably CCP Fozzie’s inbox at this point. There’s a ton of developer involvement in discussions about upcoming changes and new features, and sensible feedback in those threads can actually end up as modifications to the game.

Social media your thing?  CCP is all over that. If I were to choose one word to describe developer activity on Twitter it would be profuse, acting like a firehose of tweets within your usual firehose of tweets. This is to say nothing of their work on Facebook, and yes even Google+.

Anyway, it’s fair to say that these days CCP is a much more engaged company with its community, something which can do nothing but benefit them and the game. Of all the MMO communities I’ve experienced, EVE’s has the most capable and intelligent mountain of brains. A more collaborative approach by CCP with that has been a joy to watch evolve over the last couple of years, and the current direction of the game is indicative of how beneficial that approach can be.

Now just kill off DUST 514, and bring Valkyrie and Legion to the PC.