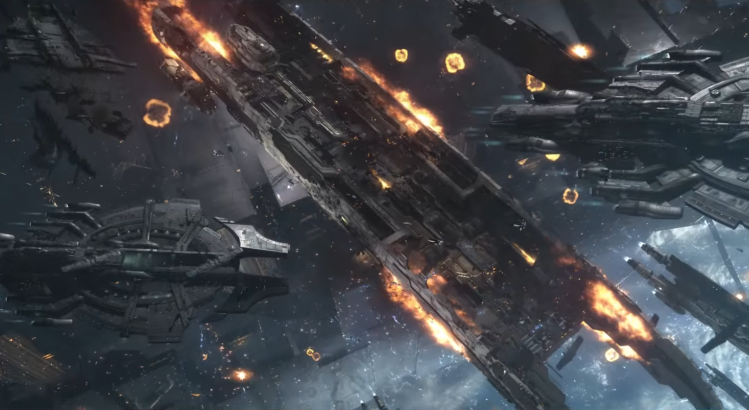 Long time no talk, everyone. Sorry for the pile of dead air, been busy with life and all that. But Blog Banters are a great way to keep regular, so lets get into this one.

Welcome to the continuing monthly EVE Blog Banters and our 79th edition! For more details about what the blog banters are please visit the Blog Banter page. This months topic was suggested by Chanina.

Should CCP put more effort into rewards for loyal customers? The mystery code from the collector’s edition hasn’t seen much use and whilst veteran rewards have been mentioned by CCP several times at Fanfests, we have seen nothing. Wasn’t there talk of a special station only 10-year vets could dock in at one point?

Is this lack of gratitude towards loyal customers alienating? Do people wish for a change here? Is it too self-righteous to expect small signs of gratitude for being a loyal customer? Is a customer purchasing half a year in advance more loyal than someone plexing every now and than probably missing out a few weeks or months a year? How do CCP place rewards in game without hurting the economy?

Or is it just a case of there is no need and HTFU snowflake?

Veteran rewards are nothing new when it comes to MMOs. Many other games have them, and they can be an excellent way to give long time players an extra pat on the back. Are they necessary? Not really. But everyone loves being rewarded, to the point that game developers often work operant conditioning into their game designs to keep people playing their titles. If you logged in daily to open your Yoiul crates, you probably enjoyed the brief but significant dump of dopamine in your brain.

As with almost everything, EVE is a bit of a special case. There’s two points related to the question that I think are worth exploring.

As a game, EVE is the bread and butter of CCP, and as such it absolutely requires brand new paying blood coming into the game. I’ve talked about this many times before, but the act of improving the new player experience of EVE is paramount to this. It’s obvious that CCP well and truly understands this, hence why so much effort has been put in by them to make the NPE much smoother. Along with this is the addition of paid-for cosmetics for avatars and ships — a staple of mature, approachable F2P games.

In a lot of ways, newer players are going to be of greater immediate value to CCP as a company, since they represent an uptick of subscribers and a new influx of those delicious monies.

Veteran players represent several vitally important things to EVE. They are a monstrously huge base of knowledge, able to wield it to their own advantage and pass it along to the newer players working their way through the game’s spanking machine. They also represent a vast majority of the game’s most compelling content; modern EVE trailers and news would be a snore fest without the awesome footage of large scale combat around massive citadels. They are a primary selling point of the game, at the core of any major event in the game that could be held up as an example of why EVE is something you want to try.

You want to keep those players. Full stop. The “how” part starts to get murky.

The concept of a “loyalty reward” was always a weird one for me. Take grocery stores as an example. If I flash a loyalty reward card at the till I suddenly get a discount on some of the items I’ve purchased, as a reward for being loyal to that store and shopping there. However, I’d likely be more loyal to the store if they were just cheaper to begin with and had quality products.

It’s at that point that one should realize the reverse situation is actually more important — our shopping there is the loyalty reward for the store, not for me. Quality products at good prices is merely the incentive for me to do so.

To apply that thinking to EVE is pretty simple — give a quality experience at a reasonable price, and all players will want to stick around. I don’t think we need to have a bunch of shitty, meaningless rewards designed to take advantage of our primate brain chemistry to do this. Just keep supporting the game well with interesting features that all players can see are meaningful and interesting.