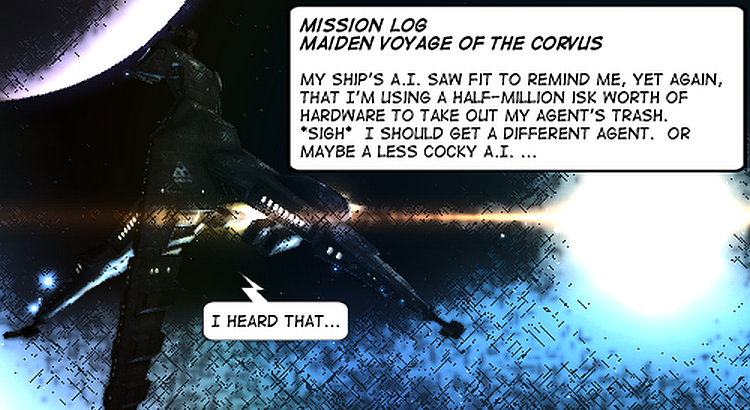 Way back in December 2003, I created the first Warp Drive Active comic, as a way to find the funny in EVE, a game that historically had been considered to be super serious. After the community interest in the comic grew I decided to make a more official home for it, and Warp Drive Active the website was born.

Years later, I was approached by another long time player named Urban Mongral, with the idea of producing a podcast for EVE under the WDA brand. It too found its home here, alongside various opinion blogs by myself and other long term players with an interest in providing entertaining, informative, and even occasionally thought-provoking content for our fellow players.

While the nature of life and EVE is that things come and go over time, Warp Drive Active has been here in some form or another since the year EVE was unleashed upon the world. Even though I’ve never tried to push this site as something bigger than it was, my hope is that it will continue to be a well remembered signpost for the EVE community, until the day the game falls silent.

Until that day, I will always enjoy providing content for the EVE community, and appreciating the opportunity to have interactions with the players and makers of the game.