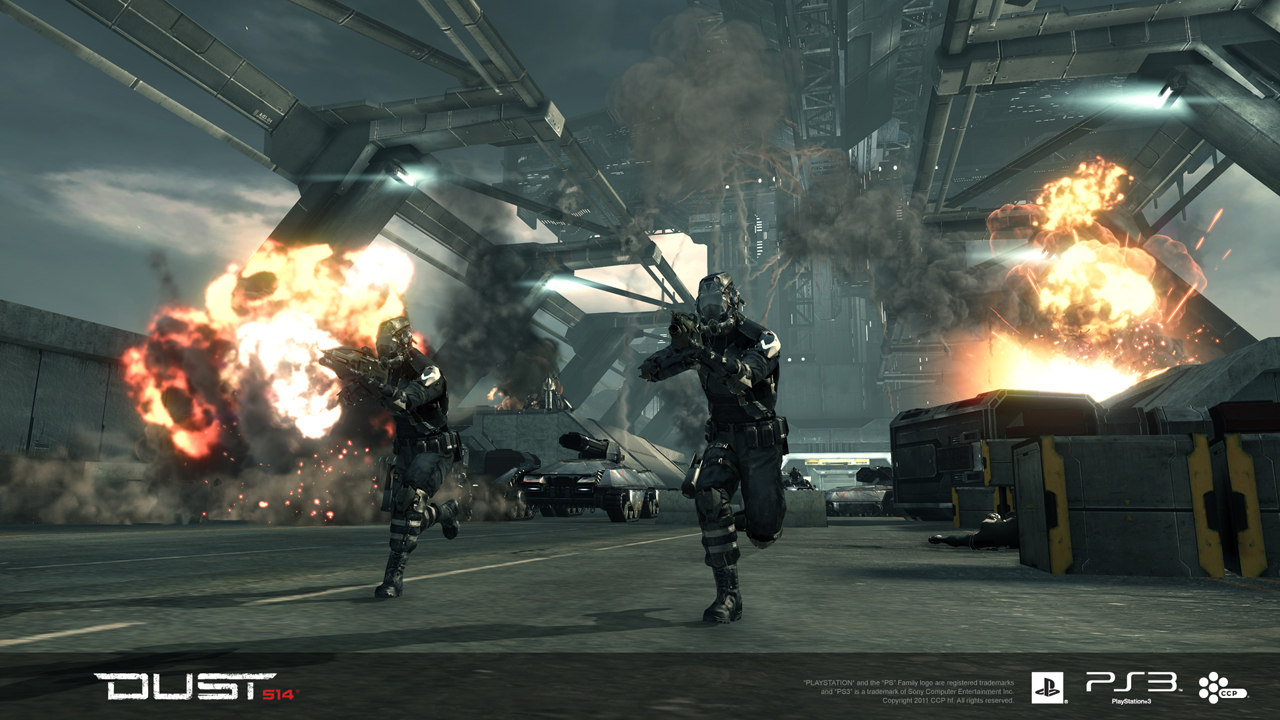 The countdown is over.  The world is now shocked to find that the site that previously held a countdown clock is in fact a marketing site for a first person shooter set — get this — in the EVE universe.

No, seriously! Check this out, I’m not making this up:

DUST 514 is a PS3-exclusive persistent shooter focused on intense infantry combat augmented by powerful vehicles. Uniquely, it is set in, and directly connected to, the thriving player driven universe of EVE Online.

There are even bullet points, just like any good console game marketing site should have:

Ok seriously, now…  The site’s got a bunch of new screens, and a new trailer, so we can get a slightly better feel for how the game will play than the videos shown before. And you didn’t read that wrong: it’s a PS3 exclusive.

This part actually baffles me, since the larger market for multiplayer online is clearly the Xbox 360. Then again, the PS3 has been a platform more welcoming to developers that take risks, and is a much less closed ecosystem than Xbox Live. All the better to integrate a game with a third party online service, say like the CCP servers for DUST.

Noticeably absent from class: a firm release date. He’s probably out back having a smoke with World of Darkness.