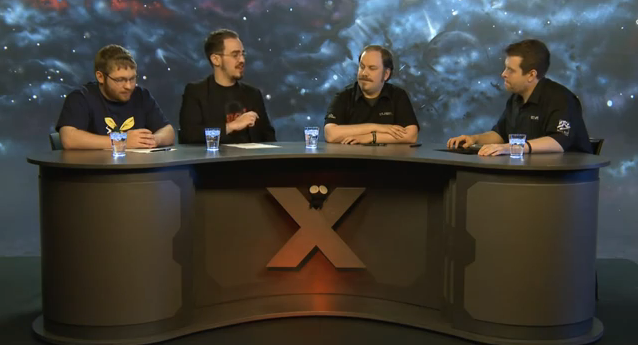 Well the third weekend of AT10  i s done, with the first set of matches in the group stages complete.  It was an interesting two days overall, showing some of the best and the worst EVE tournaments have to offer.  Lets break down some of the positive and negatives.

This weekend saw the best matches so far. We had great fights, some with surprising results, and the tear-inducing loss by Pandemic Legion’s bajillion-isk setup, proving that sometimes money isn’t everything.

It interests me that we are seeing so many full team wipes this time, and I can only imagine the rules will get an overhaul to prevent this in future tournaments. It was also kind of funny when like three matches in to the qualifiers one of the commentators went off about how we weren’t going to see a lot of 100:0 matches this year.

But for all the steamrolling going on this weekend’s matches included a bunch that weren’t so clear cut at the start or even the middle of the match. It’s a good thing I’m not a betting man, or else my wallet would be fucked from my predictions even after seeing what fleets people had brought.  The teams really came through for those of us viewing, with interesting setups, interesting results, and most importantly: interesting matches.

The production quality of each AT gets better and better every time they do one, and this year’s is full of subtle tweaks that just makes the whole experience a smooth one.

The entire set is uncluttered, and doesn’t overpower the people who are at the center of the audience attention.  They’ve even finally moved into the 21st century with the earpiece CCP Loxy yells at CCP Soundwave through, no longer looking like he has six inches of telephone cord jammed into his ear canal.

The match commentators really stepped up their game this weekend, showing that overall they really know their PVP. More importantly they’re able to articulate it to the masses, as much as that can be done for a game as complex as this.

The most notable mention here for me is Kil2, who CCP should seriously have on retainer for future tournaments.  The guy knows his shit, keeps his cool on air, and is the most clear and concise speaker the tournaments have ever had.

Most surprisingly, he didn’t look hung over from the night before, nor did he need some staffer to come up behind him with a handkerchief saturated with chloroform, helping him calm the fuck down. *cough*MichaelBoltonIII*cough*

Between the matches, CCP Soundwave exhibits his usual subdued-cleverness, keeping the guests on track and on time with the matches.  Token CCP staff join the fray to chime in on the matches, make predictions, and dangle juicy nuggets of future changes to the game.

Lets hope this level of quality can be maintained through to the finals.

Historically, tournament camera guys seem to have a contest about who can show the least interesting part of the matches.  This time around they actually seem to have put some effort into the little details. These include not doing a look-at on targets about to explode (the camera will just fly back to the cloaked camera ship, showing nothing), and angling the shot to give a good impression of how the skirmish fits in with the larger battle.

The big one for me, and this has got to be a part of the production group as a whole, is that whenever possible the stuff being shown off is also the stuff the commentators are talking about.  There’s nothing more annoying than having the commentators talk about how unfuckingbelievable a fight is, but the stream is following some ass in a Jaguar orbiting at the edge of the field. Kudos to all, for at least trying to cut down on this stuff.

Admittedly this is an easy target, but it shouldn’t be. After this many tournaments, and all the incredible streaming options available, you’d figure this would be the least questionable aspect of the event.

We had sound delay issues, sound echo issues, sound dropout issues, several stream dropouts… ugh. At a certain point I tweeted that they should just fucking STOP and sort their shit out before bringing the stream back online, take the time to get it right and settled.

Tons of finger pointing happened by viewers of course, almost all of which can be ignored now that CCP Loxy’s dropped his wonderful post about the matter at the EVE forums in this thread.

After several hours of a perfect stream the EVE TV studio lost all internet connectivity.

Loxy’s questionable use of the word “perfect” notwithstanding, it’s good to know that the problem isn’t with the choice of stream provider nor for lack of trying by EVE TV folks. While the actual cause is still not known, hopefully they will be able to get this stuff sorted out by the time the final weekend comes around.

That way we don’t get more:

This is obviously the result of the last item, but it sucks enough to be worth mentioning (and making a comic about). There’s nothing more annoying than having a match start, everyone’s all looking forward to seeing what’s going to happen, the first shots are fired, then … nothing.  And then the stream comes back minutes later with the last ship destroyed, lets go back to the studio where everyone says how awesome the match we didn’t see was.

Try this next time: “Hey everyone, sorry the stream shit the bed, why don’t those of us in the studio give a bit of a play-by-play of what happened since nobody other than us saw it.”

The silver lining: EVE TV’s crew has been stellar at getting the matches up on YouTube in a very timely fashion.

To put it simply, when it was watchable it was a very good weekend to watch things explode, and hopefully the issues with the stream will not be present during the final weekend.