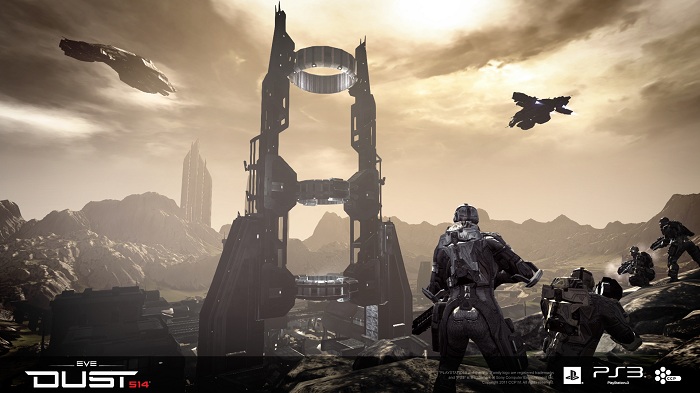 It’s been a long time coming, but CCP is about to make good on the promise of an integrated MMO and FPS this coming Thursday, January 10th 2013.

On Thursday the 10th of January, following a slightly longer than usual scheduled downtime, we will be migrating over players currently participating in the DUST 514 closed beta from Singularity to Tranquility.

This is not only significant for those of us who’ve been playing EVE, but for the gaming industry as a whole. This simply has never really been done before, and in true CCP style they are taking slow baby steps to make sure the delicate balance of both games aren’t going to be totally ruined.

While you won’t be able to send billions of ISK to your DUST characters yet, you will be able to drop truckloads of searing hot plasma on them from orbit. Bombardment is a go folks, for now limited to low security systems involved with faction warfare.

Personally I wish I didn’t have to coordinate with DUST soldiers at all, and just be able to pull into orbit and provide random gameplay enhancement to the soldiers on the ground. There’s a weird quote from the dev blog where they mention “the first flavor being the Tactical Strike”. That implies other flavors, and I hope one of those flavors is Random EVE Asshole Messing With DUST Players.

With local chat integration, ISK sellers will be able to reach more people now since we can openly communicate with DUST mercenaries.

Actually that alone should make things interesting since the beta is still closed and the NDA is still technically in effect.  They will be dealing with NDA violations left and right so I can only imagine that it will be lifted soon. I’d love to post my thoughts about DUST.

With this integration now happening so soon, how are you going to participate in DUST related activities – PC or PS3?