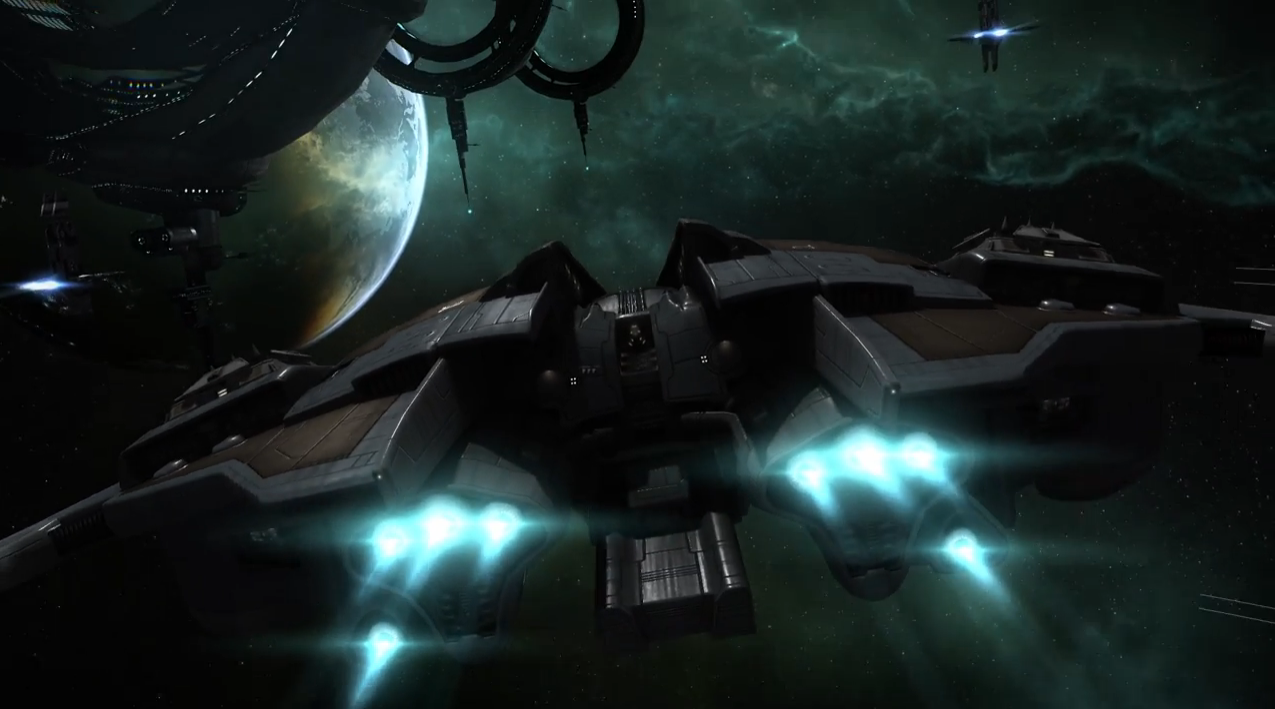 EVE Online’s latest expansion has been successfully deployed today, along with a new 90-second trailer to set the mood…

… and then ruin it, with that terrible voicework right at the end. Bleh. Still, there’s some great showcasing of new exploration content and environments, as well as the hilarious use of a Nemesis stealth bomber throughout.

EVE Online: Odyssey has been deployed. The 19th free expansion for EVE Online brings a new age of discovery to New Eden with new exploration challenges and improved career missions to support and guide pilots through the new changes.

EVE Online: Odyssey also brings a whole host of visual and usability improvements including the new radial navigation tool, an improved soundscape, and dynamic transitions that replace many of the loading bars of old, as well as four new Navy Issue Battlecruisers, a rebalance of Navy Issue ships, improvements to starbases andnull sec outposts, and a new spacescape for New Eden.

The full patch notes for Odyssey are available (link below), and are insanely huge.  So huge in fact that I don’t even want to start discussing them here, since it would turn this post into a book.  Instead, lets peek at a word cloud of the patch notes content: 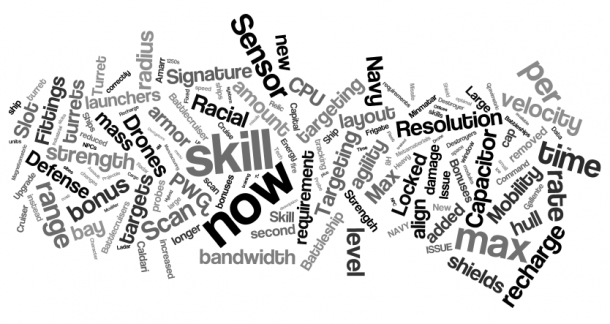 As I’ve discussed in previous posts here, there’s a LOT of changes coming to facilitate the exploration concept of this expansion. But there’s also a ton of quality-of-life fixes and tweaks, more ship balancing, Navy ships, and just a ridiculous pile of updates and features that will no doubt affect you in some way no matter what you do in game.

The servers are up, the patches are ready, so get out there and get exploring.  I’m looking forward to seeing everyone’s opinion on this patch, so if you have something to say please feel free to toss an opinion or two in the comments.

CCP have released a neat training video showing off some of the archaeology/hacking concepts in Odyssey.  It’s worth of a watch if you’re curious what the new minigame is like.