Another dev blog from CCP Abathur, and that can only mean one thing: wide sweeping changes designed to annoy and intimidate the unwashed masses.  Everyone else — you know, the cool kids — will probably think this is totally rad. 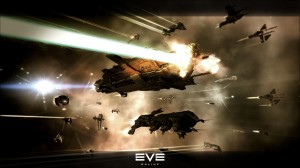 First up, Titans are getting a Macross cannon, as you can see in the above picture.  That’s right, no more area-of-effect  tomfoolery, no more hot dropping your titan on a group of unsuspecting frigates, now you have to target a specific ship (ideally a large one) to punch in the face.

Next, moms are no longer moms anymore.

Motherships are being reclassified as Supercarriers. The name of ‘Mothership’ has long caused confusion as to what the intended role of these ships was supposed to be but we are finally putting that to rest.  This refocusing will see these ships go through a few changes.  Gone will be: 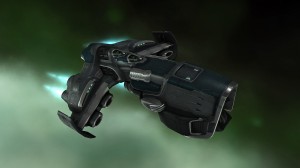 They’re getting Fighter Bombers, such as the one shown above, the best looking one of the bunch, the Gallente one.

Fighter Bombers will be unique to the Supercarrier class, launching specialized torpedoes capable of inflicting immense damage against other capital ships.

There’s more details on all of this of course, but you’ll have to click through to the Dev Blog to read about all of that.  Suffice to say, these are substantial changes to the way capitals will operate when Dominion hits.  For the better?  Worse?  Best way to find out is to wait for them to hit the test server and try them out yourself.  In the meantime, the debate rages on the EVE forums.