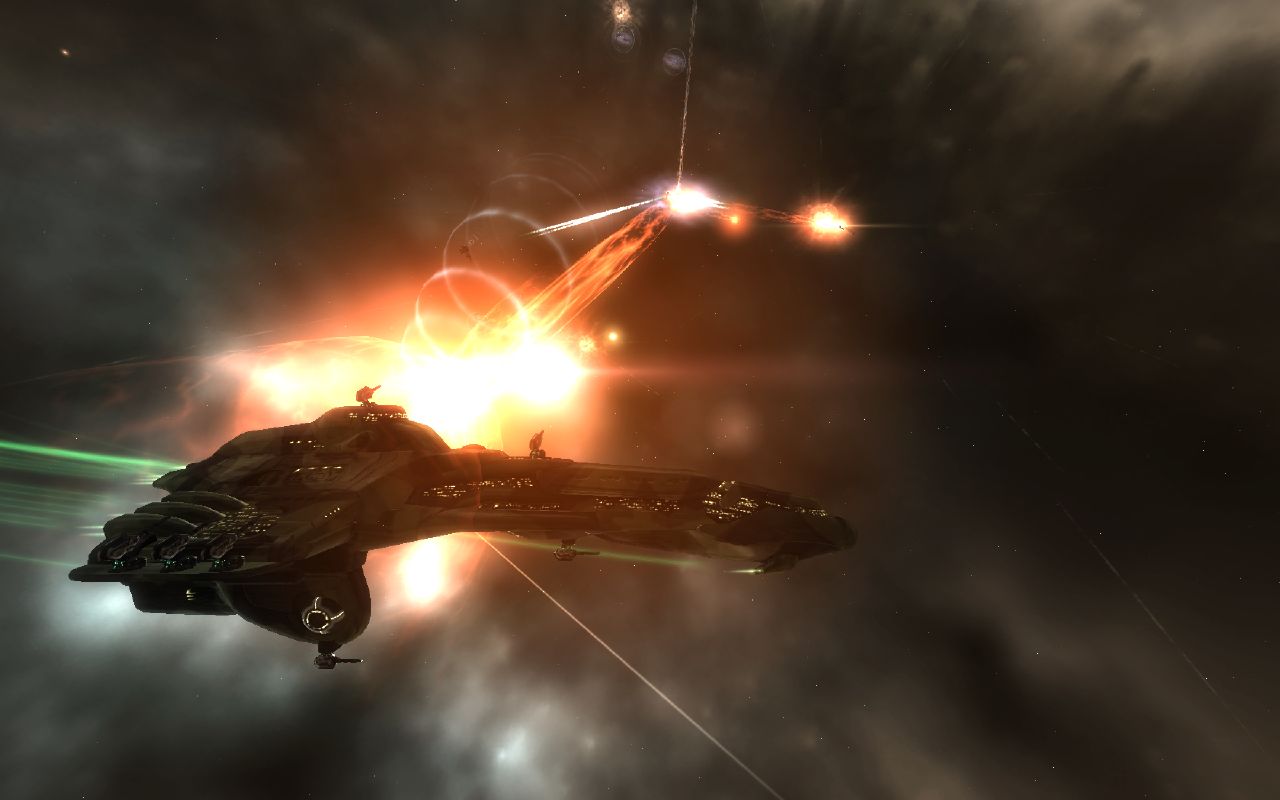 Another blog banter?  Alright then, lets see what Seismic Stan has for us today:

“In his recent “That’s just the way it is” post on Jester’s Trek, blogger Ripard Teg posits that the established EVE player-base has come to accept many of EVE’s design idiosyncrasies, rarely questioning their purpose or benefit. Conversely, he also suggests that new players might not be so forgiving of these “quirks”. In an interview with Gamasutra, Senior Producer CCP Unifex describes EVE Online’s developers as “relatively hands-off janitors of the virtual world”, underlining that he has only four content developers but “a lot” of programmers and engineers.

Has a culture developed where CCP has started to take player effort for granted – expecting the “social engine” to fulfill tasks that might otherwise be CCP’s responsibility? Or should this culture be embraced as part of “emergent gameplay” with these quirks accepted as the catalyst for interaction?”

Player effort has always been central to EVE, from the very beginning. CCP deliberately made this the core of the game from the get go, providing the complicated-but-barren-landscape sandbox we all jumped in to.  The lure of the blank canvas, as I like to say.

There was a time when CCP was fucking terrible at servicing the community, and its players picked up the slack in spades. Chribba alone provided EVE its own micro-Google in the form of EVE Search, and EVE Files gave us cloud storage for our EVE related content before cloud storage was a thing. I’ve never seen a game where a player has set up a data center to support a free service to a game’s community before.

The renaissance came when CCP finally realized how powerful APIs are, and externalized large chunks of data for use through them.  The community has been dry humping the concept ever since, with incredible efforts like automated killboard operations, Dotlan maps — effectively the Google Maps of EVE, etc.  CCP’s half-baked effort EVE Gate brought some exposure of the game’s data to the masses, letting us view our mails and see some calendar stuff outside of the game, but they failed miserably to iterate on the initial concept.

This iterative thinking is an awesome concept when it comes to applications, but with a game as complex as EVE with as many creaking, sometimes-moving parts as it has it can become challenging to take features which blow and give them a nice polish. This is one of the reasons why there are little things in EVE which suck for no reason at all (the aforementioned “quirks”).

I don’t think CCP is blind to this though.

It’s long been thought by some that even though EVE Online is a fantastic and unique online gaming experience, the UI is a horrible, disgusting mess.  Granted some of those folks think everything would be solved by having an ability bar and the capability mod the interface (go back to WoW), but I think a happy medium is achievable by CCP without compromising the design it has worked so hard on.

This effort is not only happening, but has been in progress for quite some time now. The fruits of their labors can be seen throughout the current-state EVE client, with streamlined dialogs, useful keyboard and mouse shortcuts, UI scaling, and other goodies.  I mean the Jump button being your one-click-stop for warping to a gate at zero  and jumping through is so awesome and painfully obvious I’m shocked it wasn’t there from the beginning.

I know, I’m dancing around a point, so lets get to that: CCP needed to lapse back into janitorial mode. It needed to take a step back and start looking at the current engine of the game and make sure it was running smooth.  It needed to make sure the front end of the game was less intimidating to new players but still have the power advanced players needed (no small task, I imagine).

In order to do that, you have to hand other responsibilities to a different custodian, so liberating game data through APIs allows the all-too-willing playerbase to pick up that slack. This goes beyond the simple “emergent gameplay” phrase kicked around. Emergent gameplay for some in the industry is having Twitter notifications of achievements. EVE is a so far beyond the bleeding edge in this regard it’s not even funny, with CCP intimately collaborating with its players to ensure the in- and out-of-game experience is what they want.