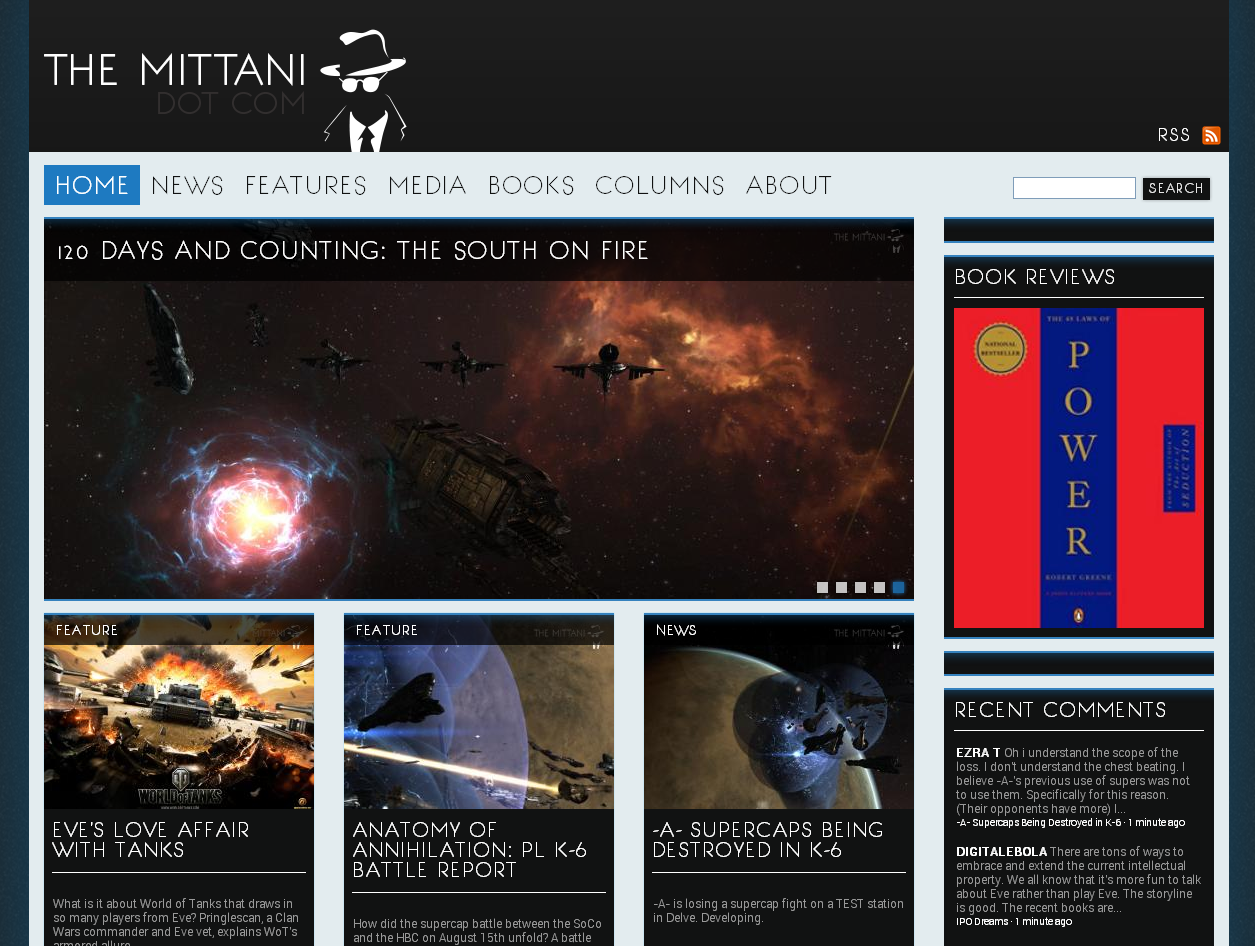 EVE is one of those games which tends to unleash the inner soapbox in people. Often the result of this is ends up being something best avoided entirely, lest you waste what precious time you have in this life on what amounts to little more than random keyboard mashing.

The Mittani is one of those who you want to pay attention to.  As a long time EVE player and CSM legend, Mittens has been afforded the rare opportunity to not only work closely with people in EVE but also the people who build and maintain it. This isn’t some random occurrence however, it’s based largely on him being a pretty smart guy who has smart opinions on things, and has a way to deliver that opinion in a way that doesn’t make him look like some knuckle-dragger.

Enter his new and improved site, which bills itself thusly:

Our goal is to create a combination of news and commentary for you that is both up-to-date and insightful, and one which combines old-fashioned fact-checking with a broad range of contributors in order to provide an authoritative source of updates for Eve Online and everything that interests Eve Online players.

“Insightful”, “fact-checking” and “Eve Online” in the same sentence?  What the fuck?

If someone had told me that someone out there in EVE had some up with a news site that did this I’d tell them they’d been smoking were smoking their own bullshit, but Mittsie has apparently been successful and getting things off to a great start. Timely news, featured articles, and even book reviews presented in a nice and easy to read package, written by people who … well, can write. In a word: refreshing.

There has been a lot of EVE news sites in the past that have tried to do this kind of thing, but end up getting mired in their own bias so deep they choke to death on dwindling reader statistics.  If Mitts can keep a strong hold on the reigns to ensure continuing quality, the new site will be one we can all enjoy going to for years to come.

Unless he puts up a Fifty Shades of Grey book review up, then I take all of this back and Mittens can go fuck himself. :)