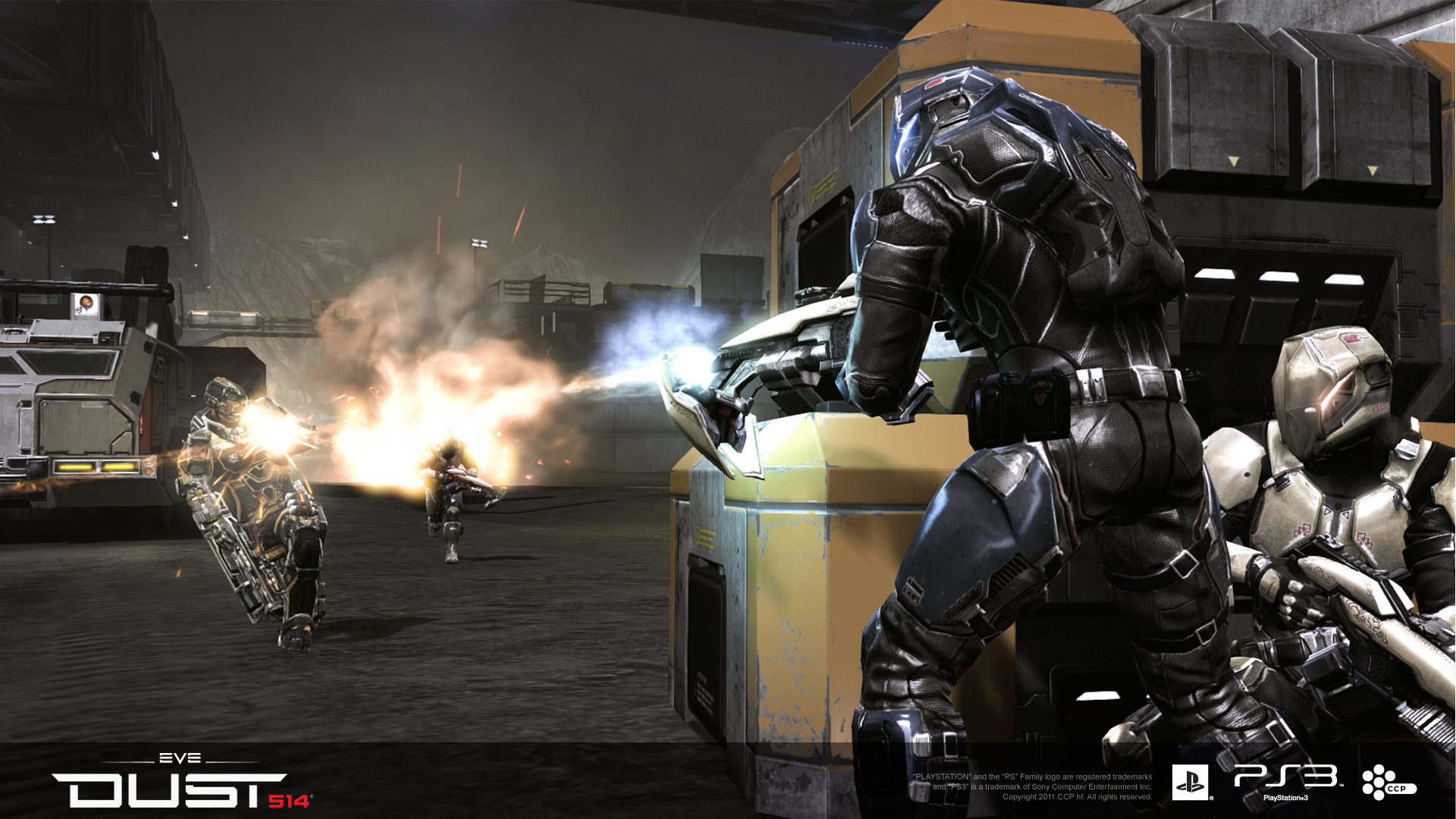 One month has passed since DUST 514 made its official debut on the PlayStation Network as the PlayStation 3’s first free-to-play shooter, and I figured it would be an interesting idea to take a step back and see how the industry has received what many have touted as a groundbreaking shooter.

Player reactions to the game have been as mixed as any game of this sort can get, ranging from those who have panned it outright to those who have dedicated themselves to it so much they’ve joined the Council of Planetary Management. However DUST 514 is a console game, and the importance (however misguided) of games industry reviewers has a significant impact on new player interest and uptake. To that end, lets see how DUST is doing in the eyes of the industry by using one of the most popular — and infamous — review aggregation sites: Metacritic.

At the time of this writing, DUST’s overall score by critic reviews is 59 out of a possible 100. This isn’t as fantastic as CCP would hope to have seen, I imagine.  But as with most serious game reviews, staring at a number is the tiniest part of the story; the devil is in the details. Note that I’m going to be cherry-picking from each review, obviously for the full context I encourage you to visit each site and see their complete opinion.

The Escapist is a pretty reputable reviewer, they tend to give fair assessments of games, providing good descriptions to back up their numeric scores.

Some choppy framerate or the occasionally bit of wonky terrain geometry still hasn’t been completely smoothed out, and along the same line the textures are optimized for quantity not necessarily quality. Not everything looks that great up-close. However, the game has improved substantially over the years that I’ve seen it, and CCP is known for the constant iteration.

If you’re willing to really delve into all the facets of Dust 514, and a few technical issues, there’s a satisfying shooter with some stakes for you and your corporation mates to be found. If you’d rather not get that invested, then Dust 514 might not be for you.

Pretty even I’d say, and generally mimics my own feelings on the game so far.  There’s fun to be had, but it’s not a perfect experience.

Oh IGN. Not one of my personal favorite sites to go for …well anything.  However, it’s also extremely popular, so much so that CCP has gone out of their way to provide new trailers to IGN as timed exclusives.

For context, lets see what IGN had to say about DUST when it was previewing it back in March 2012:

But now that we’ve seen it in action and know that it actually DOES work, it’s safe to say that this is a game worth getting excited about for a whole array of different reasons. I now have confidence that CCP can actually pull this off

With that in mind, some highlights from their review:

Like a mad scientist, Dust 514 seeks to merge a free-to-play multiplayer first-person shooter with a skill system more robust than most modern RPGs, and battles that decide the fate of a vast MMO universe that exists on an entirely different platform. While it sounds amazing on paper, there’s a reason most games aren’t so ambitious: because so much can go wrong.

…such ambition is in vain if you don’t have a solid foundation, and Dust’s crumbles almost from the get-go. Its wonky mechanics, weak graphics, and microtransaction fueled grind make it numbing to play long enough to explore its depth, and its persistent elements are completely lost on anyone who doesn’t already have a foot down in the EVE universe.

The contrast is striking.  This is by no means a unique thing in the industry; previews are often all roses and bubblegum while the review showcases the real opinion. I tend to find IGN one of the worst offenders for this.  I’m not saying their opinion on DUST is wrong, as they do raise some valid points. It’s the two-facedness that annoys me.

It’s interesting that the lowest of the larger reviewers comes from EDGE Magazine, arguably a well respected source of game news and reviews.

Divorced from its ambitious, cross-game context, Dust is a lacklustre shooter that provides little more than the bare-minimum framework for large, objective-based battles. The functional visuals reduce a galaxy’s worth of planets to a series of smearily textured rocky surfaces that seem to have rolled off the production line next to the one making Dust’s prefabricated industrial buildings.

Combat has about as much personality as the bleak, dust-blown worlds. There’s none of Halo’s gently exaggerated physics, Shootmania’s relentless velocity or Call Of Duty’s immediacy. There’s just shooting people with guns, albeit while battling against some suspect hit detection and sludgy controls.

Now I don’t agree with the score nor do I agree with some of the points being made. The reason for this is that in some cases it seems like the reviewer may not have spent a significant time investigating some of issues noted, which may have given some more perspective on why certain choices were made with the designs.

To conclude, one has to take any professional reviewer’s opinion with a grain of salt. These folks usually don’t spend as much time with individual games as I’m sure they’d like, and there’s always the usual controversy of the practice of shilling for developers and publishers. Scores alone never tell the whole story, and even low scoring reviews will have some excellent points to make on what works with DUST 514.

So, why should we care about this at all? Well, EVE Online’s done really well for itself since its release, and I would have no problem saying the majority of that success was due to word of mouth advertising. Contrasting this, bad reviews are murderous to games like DUST 514. Lets face it, there’s a lot of competition out there for first person shooters on consoles, and the average shooter player is going to stick with franchises they’re both familiar with and can play with their friends. DUST being free to play lowers that barrier to entry significantly, but everyone can agree that there is a significant grind involved that can eventually degrade long term interest. Potential new players are much more likely to read a review and decide the game’s not worth their time.

After a month I was hoping for much more positive reviews for the bigger names that people tend to pay attention to. With luck, DUST 514 will be something they will stick with on their personal time and get the itch to revisit it later as CCP continues to support the game. It has a lot going for it with regards to long term play, not the least of which is the support of a developer who actively listen to what the players want and need.