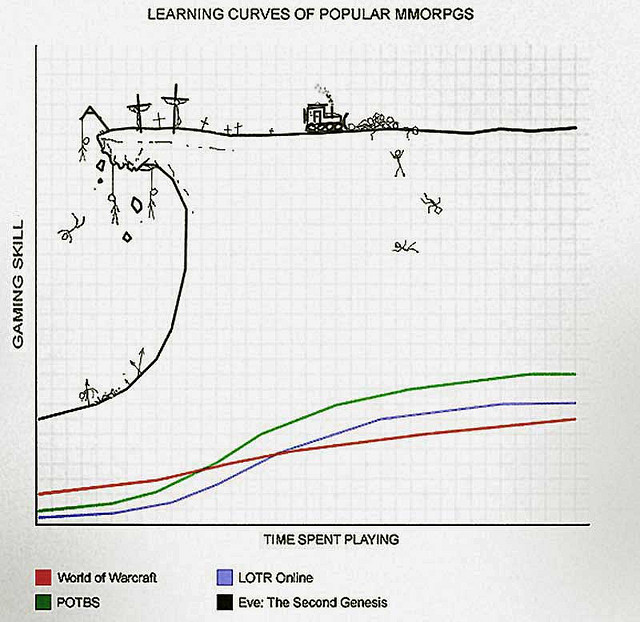 Kirith Kodachi takes the reigns as overlord of the Blog Banter initiative, and starts things off with a banter about EVE knowledge.

“Ripard Teg over at Jester’s Trek wrote a post called Don’t Do Anything Stupid and offered it as the basis of a Blog Banter as he is curious what others feel on the subject. Personally, I’m restarting manufacturing that I haven’t done in years and finding myself having forgotten almost as much as I knew the first time around.

So this month’s Blog Banter will gravitate around knowledge, specifically EVE knowledge. Some examples of topics to cover: Is EVE too complex for one person to know everything? Is it, in fact, too complex for one person to know everything about one topic? How do you maintain any knowledge or skills related to EVE over time with breaks and expansions? Does CCP do a sufficient job documenting the features of the game, and if not, what could they do better? How does one determine where the gaps in their knowledge even are?“

Starting up with EVE Online is a tough thing. I’ve seen it time and time again, where people first log in and take a casual glance around the game, and are immediately flattened by the immense breadth of … well, stuff. They’re ok though because they have a friend who’s been playing the game since it first came out right?  WRONG.

Well, maybe.  I mean the fundamentals of EVE Online are hard to define, because of that massive list of things you can actually do.  That ten year vet may be the biggest expert in the game when it comes to building things, but doesn’t have the foggiest about transversal velocity, or which hybrid ammo type is best to use at extreme long range. When you think about it, the only common denominators we all have to deal with are the user interface and the basic fundamentals of getting from one spot to another.

Taking even a relatively short break from the game can sometimes leave you playing catch-up with new and changed features. In the last year alone the GUI has been updated in many ways which may take some time to get used to, however the GUI is the easiest thing to get past. Mechanics changes are always much trickier to spot and adjust to, since sometimes they’re so subtle you may not even notice them — occasionally with fatal results.

Short of scouring patch notes, there aren’t many options for someone to look at to see a progressive list of improvements that may affect them. A full picture would include those notes, dev blogs, forum posts by developers, game news items, and potentially even feature pages for expansions.  It’s all very scattered about.

I think the biggest problem here is that EVE doesn’t self-document itself very well at all. The new player tutorials have had many revisions since they first came to the game, and even after that they don’t provide all the utility that they should. They get the fundamentals through well enough, but could definitely go deeper into some of the coarse grained “roles” of the game than they currently do.

Once fully engaged in-game though, you’re pretty much left to your own devices. With all the improvements made to the UI, there are still major inconsistencies between features. Compare ship fitting, planetary management, POS management, in-space drone bay, the market, and your skill sheet.  Yes, I realize they serve very different purposes in the game, but there is almost no consistency between them. Taken on their own, they all look like they’re from different games.

There’s always room for improvement, especially in a game as complex and ever-changing as EVE. Maybe the patch notes areas could be improved to index changes by categories and allow us to summarize changes from version x to version y, and maybe the game just needs to be able to better communicate itself to players. I imagine most veteran players such as myself have little issue with the way the game currently functions, yet (for the most part) welcome the improvements as they come. Everyone has their own way of coping with changes and dealing with their own little EVE world, but one thing’s for certain: nobody knows it ALL.