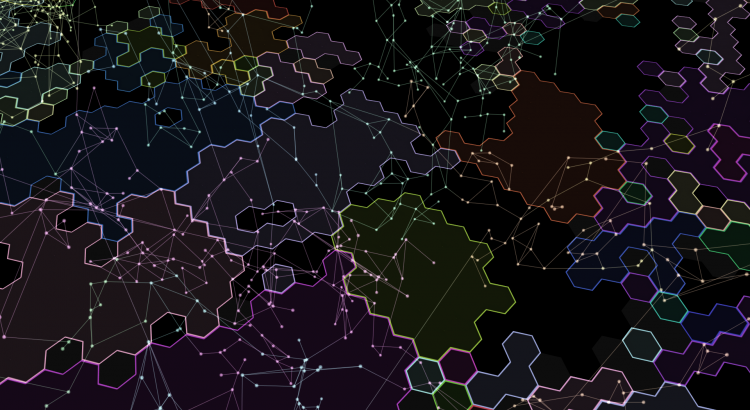 Welcome to the continuing monthly EVE Blog Banters and our 59th edition! For more details about what the blog banters are visit the Blog Banter page.

This month’s version comes from commenter Zappity who asks:

“Probably been done before… What about local force projection (as opposed to the longer distance force projection that is often talked about)? I think of ‘terrain’ in EVE to be how systems are mapped together by gates. Strong tactics which exploit terrain have historically been extremely important in deciding battle outcomes. How does this apply in EVE in the presence of cynos?”

You know that old story trope of knowing some place like the back of your hand? It’s a pretty common one in science fiction, you know probably know it well. Someone’s father took them through some treacherous area of space all the time on trading runs so now that skill will conveniently come in handy to escape the bad guys, or something like this. Wouldn’t it be awesome if the “terrain” of EVE allowed for this kind of play?

Of course it doesn’t… but it should.

It’s not that there’s no way to become familiar with various areas of space. Fly around in an area enough and you’ll become intimately familiar with the nooks and crannies of regions, and that can provide some awesome situational awareness no matter what you’re up to. This was especially true back in the day when roaming with a fleet was the best way to find a fight. These days though cynos let organizations apply force almost anywhere at their whim. What we need is a more fine grained form of terrain — system level terrain.

Wouldn’t it be great if there were system-level modifiers present in normal areas of space, like there are in wormhole space, but maybe with an expanded focus on providing interesting modifiers to gameplay? Lets consider an example.

Two corps are at war, let’s call them Coke Corp and Pepsi Corp. Pepsi decides it wants to attack one of Coke’s POSes, so it amasses a fleet together and heads in to attack it.

Rewind back say a month to when Coke decided to build up the POS. Scouting for a place to construct the control tower, a pilot realized that a particular moon around one of the planets had an interesting anomalous gravity field. This field would provide a considerable boost to hardware sourced from races which use gravimetric technology. Coke settles on a Caldari control tower with missile-based weapon batteries. The entire POS gains a defensive and offensive boost because of its proximity to the moon.

Pepsi jumps in with a mixed fleet. While Caldari ships also gain a boost from the moon’s unique properties, the other three quarters of the fleet find themselves on the receiving end of much more effective weaponry, and will have a much harder time knocking down defenses.

Had Coke settled on faction gear acquired from the Guristas, that bonus might be even more effective. Perhaps the planet the moon orbits exhibits some sort of magnetic phenomenon that would significantly affect the performance of Gallente hardware. This POS now is even more hardened against attacks from Pepsi’s mixed fleet.

Imagine luring an enemy’s support fleet to a specific asteroid belt because you know your sensor dampeners will be more effective against them. Suddenly combat tactics become not only a function of what your fleet has fitted, but where you unleash their effects.

The fact that we don’t have this kind of “terrain complexity” in EVE is most likely a case of it being so staggeringly obvious yet ultimately so complicated that CCP has just given up on it entirely. COSMOS promised to pepper the EVE map with constellation-specific lore and missions designed to add unique flavor to different places in the universe. While CCP has expanded on COSMOS over the years, it still only remains as a slightly different mission delivery method that provides some unique gear only available to those types of missions. Most of what they would need is already there in the game; there are special effects present in wormhole systems, and the cartographic data for systems would be used to procedurally apply the effects.

Imagine them if we expand this to the larger concept of alliance warfare, whereby these effects may be used to significantly alter jump drive mechanics. With recent changes to how capital ships will be getting around in EVE, it may be interesting to have systems that give a boost to jump range, or lessen jump fatigue or its recovery. The alliance that scouts their routes accurately will have an advantage over ones that do not, and yet not a game breaking one.

Home would no longer be just a place to store your stuff or rally your troops, it would also be because of your intimate knowledge of how that area of space works.