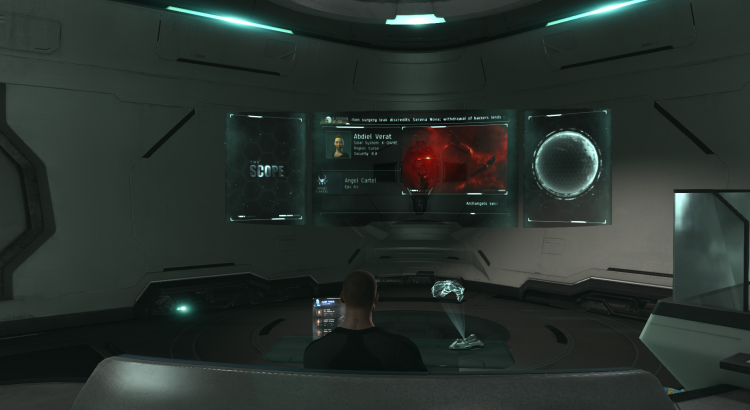 It’s been nearly four years since EVE players were introduced to the insides of their captain’s quarters. But has that effort been time well spent for CCP?

Niden (@niden_GMVA) tweeted this: “It’s not cool to want walking in stations, right?”

That tweet got a few positive agreements, but on the other side of the coin we have Xander Phoena of Crossing Zebras being mentioned in the current minutes: “Xander said that he would officially like to be documented as protesting any art time going to avatars instead of spaceships.”

What is and/or should be the future for walking in stations?

If you spend any time at all among the denizens of EVE, you’d know that having character avatars that wander around in stations was one of the most divisive additions to the game. Players were fearful that precious development resources would be shorn off from the team to work on features which would have zero bearing on the game itself. In reality, it was borne of a shared character tech initiative to support EVE properties, and the now defunct World of Darkness.

On the other hand, the fascinating universe of EVE became much more personal the day we were able to suddenly step out of our ship’s pods and wander around our space rooms. I have to admit, the promise of future additions involving customization options, communal areas, even player made storefronts were weirdly compelling.

The different racial captain’s quarters were introduced but they ended up being static and stagnant places, burying common EVE station tasks beneath tedious walking around and finding the in-universe thing to click on.

In the years these additions have been introduced they’ve brought almost no value to the game. My hope of having some compelling reason to walk outside my ship was doused by the end result, of the most boring space bachelor’s apartment ever. If there’s a saving grace, it’s that the glorious character models we spend tons of time meticulously crafting are given something to do, even if that something is to sit on a sofa and watch New Eden’s Got Bounties.

So, what about the future of this stuff? Well while I’m still convinced there’s a really cool world with EVE that would be rewarding exploring as a character. I just don’t think it can be made into a compelling aspect of EVE, and should be relegated to offshoots such as DUST 514 or EVE Legion. I don’t mind them leaving EVE as-is, but primary “walking in anything” development efforts should be left to their other games.

I’m not confident that CCP is a company with enough focus and development resources to pull of walking in stations in EVE. DUST 514 is on a last-gen platform only with an average all-time concurrent user count under 3000, and EVE Legion has gone so totally quiet since its debut that I can’t think anything good is happening there. CCP Frame has even stated on the DUST 514 forums (the post) that there’s nothing being shown or discussed at this year’s Fanfest for either of those two games, so the chances of anything happening within EVE are pretty low.