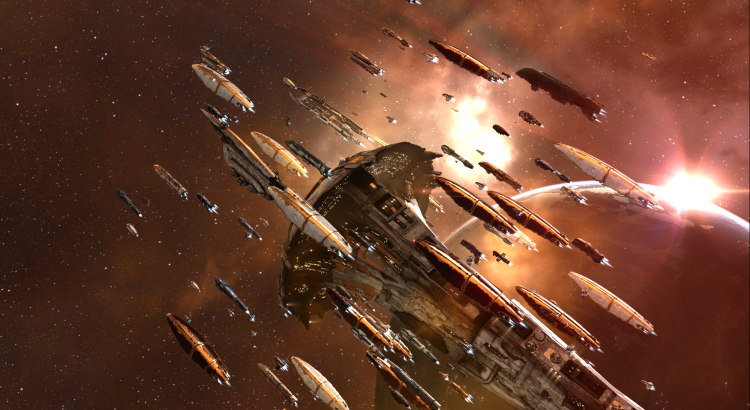 Did you know you can make your own scenes with EVE Probe? Neither did I. But guess what: you can.

Historically, CCP has always brought us some fantastic trailers, with epic space scenes and battles that would bring a tear to the eye of any science fiction junkie. Long have players been wanting to do this themselves, producing some amazing fan-made videos over the years that in some cases rival CCP’s own efforts, made only using the standard game client.

CCP uses a special client Jessica, allowing them to set up scenes with better resolution assets than we paying plebs have access to. I’m not the only player who has asked for access to this tool over the years, and since I’m not a CCP employee the response has usually boiled down to “lol nope”.

Fast forward to the present: CCP Snorlax dished out some interesting tidbits in his forum post on EVE Probe, on how they are allowing custom scenes with the most recent builds.

“The latest EVE Probe allows playback of scenes other than the ones included in the build, allowing you to create your scene description and play it back.”

Now this isn’t for the novice to jump in and start copy-and-pasting supercapitals and clicking the FIGHT button. Some knowledge and experience with third party animation tools will be required in order to convert whatever’s in your brain into the proper formats Probe will ingest. The tool must also be executed with command-line parameters in order to point it to your scenes.

Given that players cannot be given access to CCP’s super special tools for doing things in-house, it’s impressive that EVE Probe is serving an interesting dual purpose. I for one look forward to seeing whatever masterpieces are produced by players and released on YouTube with a suitably epic Nightwish-based soundtrack.

Head over the the EVE forums for more information, and ongoing discussions with the developers on how to work with Probe in this fashion. Be sure to toss them a thanks while you’re at it — they didn’t need to do this, so it’s pretty funky of them that they did.